Sorano , also known as “The Matera of Tuscany”, is one of the most fascinating villages in the Tufo area, in the Maremma hinterland.

It is a small jewel of medieval and Renaissance art, its oldest buildings, the narrow alleys, the city walls, here everything tells of an ancient past, made up of struggles for power, domination of powerful families and great personalities.

Walking through the streets of the village you will have the impression of diving into the past, as if time had somehow stopped here, the quiet life of the locals, the artisan shops and the imposing monuments form the backdrop to a village truly unmissable!

You cannot miss the Church of San Niccolò, the city walls, which surround the Orsini Fortress, the Palazzo Comitale, which was the first residence of the Aldobrandeschi in Sorano.

Lose yourself in the alleys of the village and forget the stress of everyday life, here the rhythms are the simple and peaceful ones of the Maremma, take a relaxing break in one of the typical restaurants and savor the excellent traditional dishes, accompanied by extraordinary local wines.

Finally, you absolutely cannot miss the opportunity to visit the Museum of the Middle Ages and the Renaissance, inside the Orsini Fortress.

A bit of history…

The municipal area was already inhabited in Etruscan times, as evidenced by the numerous finds found in the countryside surrounding the village, the famous necropolis and the vie cave, one of the most precious testimonies of Etruscan history in the area.

The origins of the village of Sorano date back to the medieval period, it was born as a possession of the Aldobrandeschi family. Following the marriage between Romano Orsini and Anastasia Aldobrandeschi, the village passed to the Orsini counts, former lords of the nearby city of Pitigliano. Under the Orsini government, the town of Sorano was fortified and well defended, managing to overcome numerous attacks by the Sienese. Despite the commitment, in the 15th century Sorano was however conquered by the Republic of Siena, under which it remained for over a century, until 1556, the year of its definitive annexation to the Grand Duchy of Tuscany.

What to see in Sorano

The village of Sorano hosts some fascinating ancient buildings, testimony to the inestimable value of the past of this place, the beautiful Orsini Fortress, the ancient Palazzo Comitale, the Church of San Niccolò, the walls in excellent condition, and the Masso Leopoldino. .

In a dominant position over the village of Sorano, the fortress was built in the 12th century by the Aldobrandeschi family, becoming its official residence in Sorano. Following the marriage between the last member of the Aldobrandeschi family, Anastasia, and Romano Orsini, at the end of the 12th century the fortress passed to the Orsini family, it is in this period that important restoration works and fortifications are carried out, which made the fortress a of the most important in the county. Today the building looks like an imposing architectural complex which is accessed through a door – originally a drawbridge – from the door you enter the interior, which is divided by two courtyards, one lower and one higher. The main nucleus is the castle, which included the manor house, the curtain walls and the moat. Among other important elements, a circular tower. Today the oldest nucleus of the fortress houses the Museum of the Middle Ages and the Renaissance and in the rooms of the manor house you can admire some frescoes commissioned by Niccolò IV Orsini depicting the score of the songI am a young girl , taken from the Decameron, IX day.

Prior to 1276, the church was restored and enlarged in 1290, at the behest of Countess Margherita di Monfort, the works were commissioned to Sienese masters. Raised to the role of collegiate church in 1509, the Church of San Niccolò underwent further restoration work in 1700. Originally built in Romanesque style, the church has an irregular Latin cross, the exterior is in a classical style and the interior is divided into two aisles. Of particular interest, among the works kept in the church, is a painting by Pietro Aldi, a famous 19th-century Manchiano painter, depicting Saint Joseph .

Also known as Palazzo Orsini,  this building was the official residence of the Orsini Counts in the city of Sorano between the 13th and 14th centuries. Built in the second half of the 1200s, it carried out its official function until the end of the 1400s, it is in this period that the family moved to the imposing Orsini Fortress. The building was restored in 1551, by the will of Niccolò IV Orsini. The palace is accessed through a Renaissance-style arch that leads into a small internal courtyard, the building rises on 3 levels, the loggia, the columns and the Orsini family coat of arms are particularly interesting.

Initially built by the Aldobrandeschi during the 1100s, the surrounding walls of Sorano are an imposing structure to defend the fortress and the oldest part of the village. The walls were remodeled and fortified during the Renaissance of the Orsini Counts, while the Lorraine in the Grand Ducal era built one of the most impressive defensive structures in Sorano, the Masso Leopoldino. Two ancient access gates are part of the curtain wall, Porta di Sopra at the foot of the Orsini Fortress, and Porta dei Merli, at the foot of Masso Leopoldino.

Located in the north-western part of the village of Sorano, the Masso Leopoldino is one of the most characteristic buildings of this ancient village and of the entire Tufo area. Also part of the structure is a Clock Tower, initially used as a lookout tower and refuge in case of siege.

Just outside the village of Sorano, in the direction of Pitigliano, the Terme di Sorano are an oasis of relaxation and well-being immersed in the Maremma nature. The spa has three swimming pools, one is a thermal pool, which can be used both in summer and in winter, a sports pool open from May to October and the characteristic  Bagno dei Frati, an enchanting tub dating back to the fifteenth century and immersed in the woods, this tub was used by the friars who lived in the Pieve di Santa Maria dell’Acquila – now part of the spa complex -. The waters of the Terme di Sorano are bicarbonate-magnesium-calcium, and flow from the natural spring at a temperature of 37.4 ° C, are particularly indicated in the treatment of dermatological diseases (psoriasis and dermatitis) and have an incredible relaxing and regenerating effect. 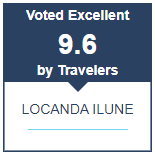 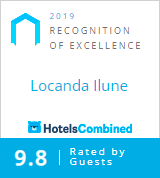